Total War WARHAMMER II The Silence and The Fury-EMPRESS

This Lords Pack for Total War: WARHAMMER II introduces two new Legendary Lords for the Lizardmen and the Beastmen. Each leads their own faction and features new characters, units, unique gameplay mechanics and narrative objectives.

Formed of living bronze, the rage-filled Doombull Taurox is nigh-on invincible – save for one area on his gargantuan neck. The Chaos gods whisper to him of a ritual that can eliminate this weakness, but the promises of the ruinous powers are seldom what they seem…
Meanwhile, Oxyotl, the revered Chameleon Skink and master of stealth, scents the machinations of Chaos and rallies his cohorts. Taurox must be stopped at all costs, lest a new tide of Chaos sweeps the world. When the Silence meets the Fury in a final confrontation, who will prevail?

After embarking on a bloody rampage through Talabecland, Taurox was rewarded by the dark gods with a body of brass… and still, he thirsts for slaughter! As he wins battles, Taurox gains Momentum, and his army can replenish action points to fight and fight again. The longer his kill-streak continues, the greater the gifts bestowed upon him by the ruinous powers. He and his Beastmen hordes will ultimately need to locate the Heart of the Dark, where he will face Oxyotl in a final, decisive battle.

Doombull Lord: Doombulls are the most powerful of the Minotaurs. Only the most ferocious ascend to the rank of general to lead armies of their own into battle.

Wargor Hero: Brutal melee warriors in their own right, Wargor Heroes can be recruited to buff other Beastmen units in battle with their support abilities.

Ghorgon: These four-armed, ox-headed creatures have evolved to become monstrous in size. They are adept at fighting other large units and can regenerate health in battle.

Jabberslythe: A sickening fusion of toad, sludge-drake and many-limbed insect, the Jabberslythe is a top-tier anti-infantry monster with powerful AoE damage vortex, poison attacks and a passive leadership debuff.

The Groghooves of Wolf’s Run: Centigors with throwing axes which come with poison attacks as well as health regeneration via their Drunken Bravado passive ability.

The Vorbergland Broodmother: A legendary Jabberslythe that can sunder armour with regular attacks as well as via a powerful armour-piercing vortex.

The Bloodbrute Behemoth: A legendary Ghorgon which deals more damage the lower an enemy’s health is, making it the perfect monster-slayer.

A chameleon Skink of high renown, Oxyotl has a long history of fighting – and succeeding against – the otherworldly forces of Chaos. His prescience enables him to detect where the forces of chaos will strike next and, utilising the network of lost Silent Sanctums across the world only he can capture and develop, Oxyotl can choose which threats to tackle, and reap the rewards of victory. Oxyotl can instantly travel between his capitol, his unique mission areas, and any Silent Sanctums he has rediscovered. Ultimately, he must travel to the Heart of the Dark and face the hordes of Taurox in a final, desperate battle.

Skink Oracle Hero: Mounted atop a mighty Troglodon, the Skink Oracle wades into battle wielding a hybrid mix of the lores of Beasts, Life, Fire and Heavens.

Chameleon Stalkers: These aggressive and stealthy shock infantry are adept at moving unseen around the battlefield before striking viciously from the shadows.

Coatl: A highly intelligent flying monster, the Coatl can cast destructive bombardment and vortex spells, and grants stalk to any friendly units below it.

Feral Troglodon: Hailing from the caves of Lustria, the Troglodon has a powerful venom-spit ranged attack which causes a range of damage types and is effective against other large creatures.

The Pale Death: A Feral Troglodon of great renown which grants itself and nearby friendlies melee buffs whenever it uses its fearsome Primeval Roar ability.

Geltblöm’s Terror: This Feral Carnosaur of legend will never rampage, and has the vanguard and strider abilities, making it the ultimate first-strike monster hunter.

Spirit of Tepok: A legendary Coatl which can cast the Shield of Thorns and Banishment spells.

Total War WARHAMMER II The Silence and The Fury-EMPRESS

The game is updated to build 1.12.0 from July 14 and includes all DLCs released until that point.

Total War WARHAMMER II The Silence and The Fury-EMPRESS.torrent

NOTICE: This game Total War WARHAMMER II The Silence and The Fury-EMPRESS is already pre-installed for you, meaning you don’t have to install it. If you get any missing dll errors, make sure to look for a _Redist or _CommonRedist folder and install directx, vcredist and all other programs in that folder. You need these programs for the game to run. Game steam Full cracked and unlocked at Monday, 4 October 2021 05:35:17 PM and published by skidrowcodexgame.com. Also, be sure to right click the exe and always select “Run as administrator” if you’re having problems saving the game. Always disable your anti virus before extracting the game to prevent it from deleting the crack files. If you need additional help, click contact us

NOTICE:
Before downloading the game, you should see the system requirements of the Total War WARHAMMER II The Silence and The Fury-EMPRESS codex game steam crack, do your computer specifications meet the minimum requirements to be able to play this game or not..? 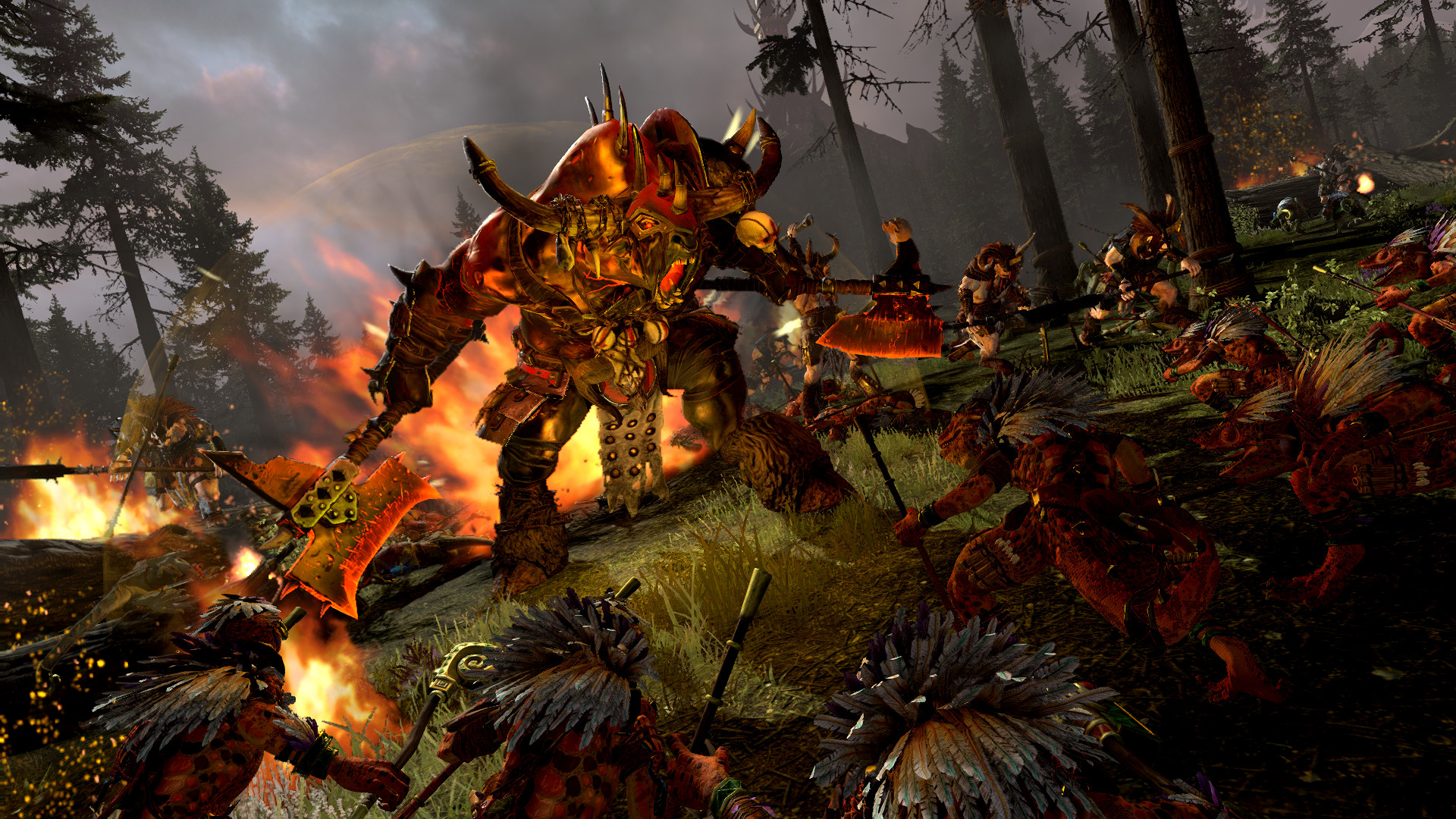 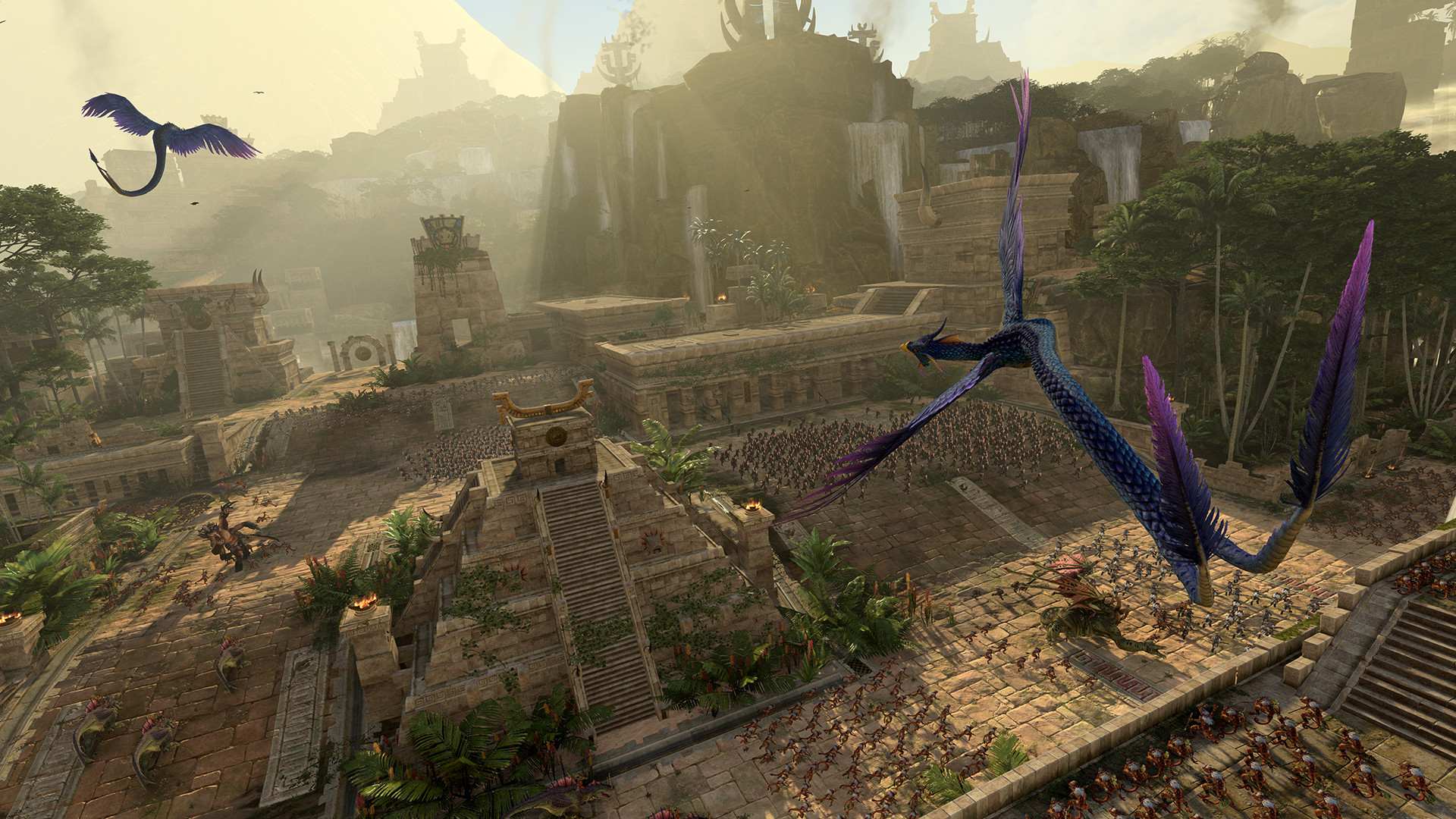 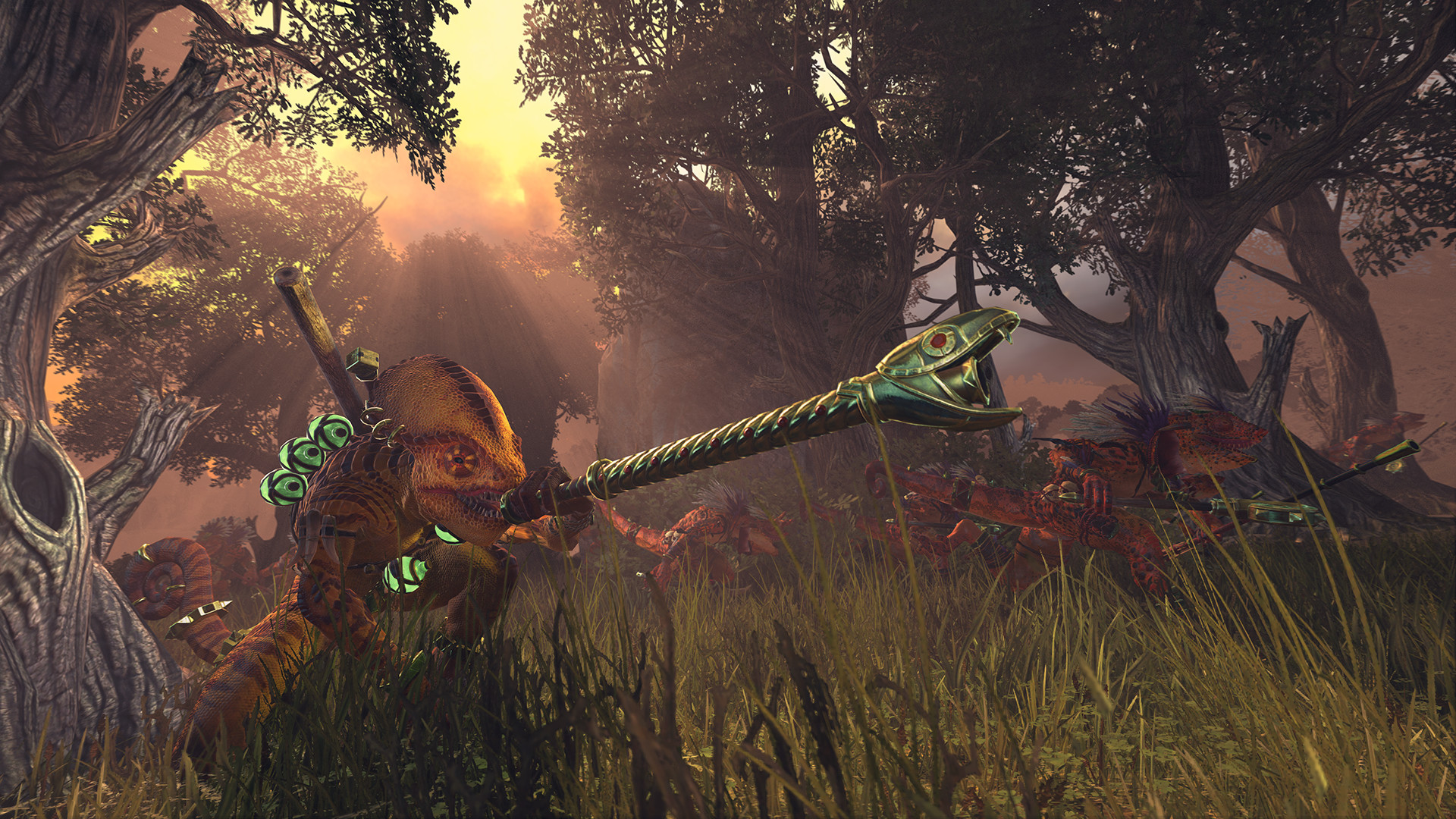 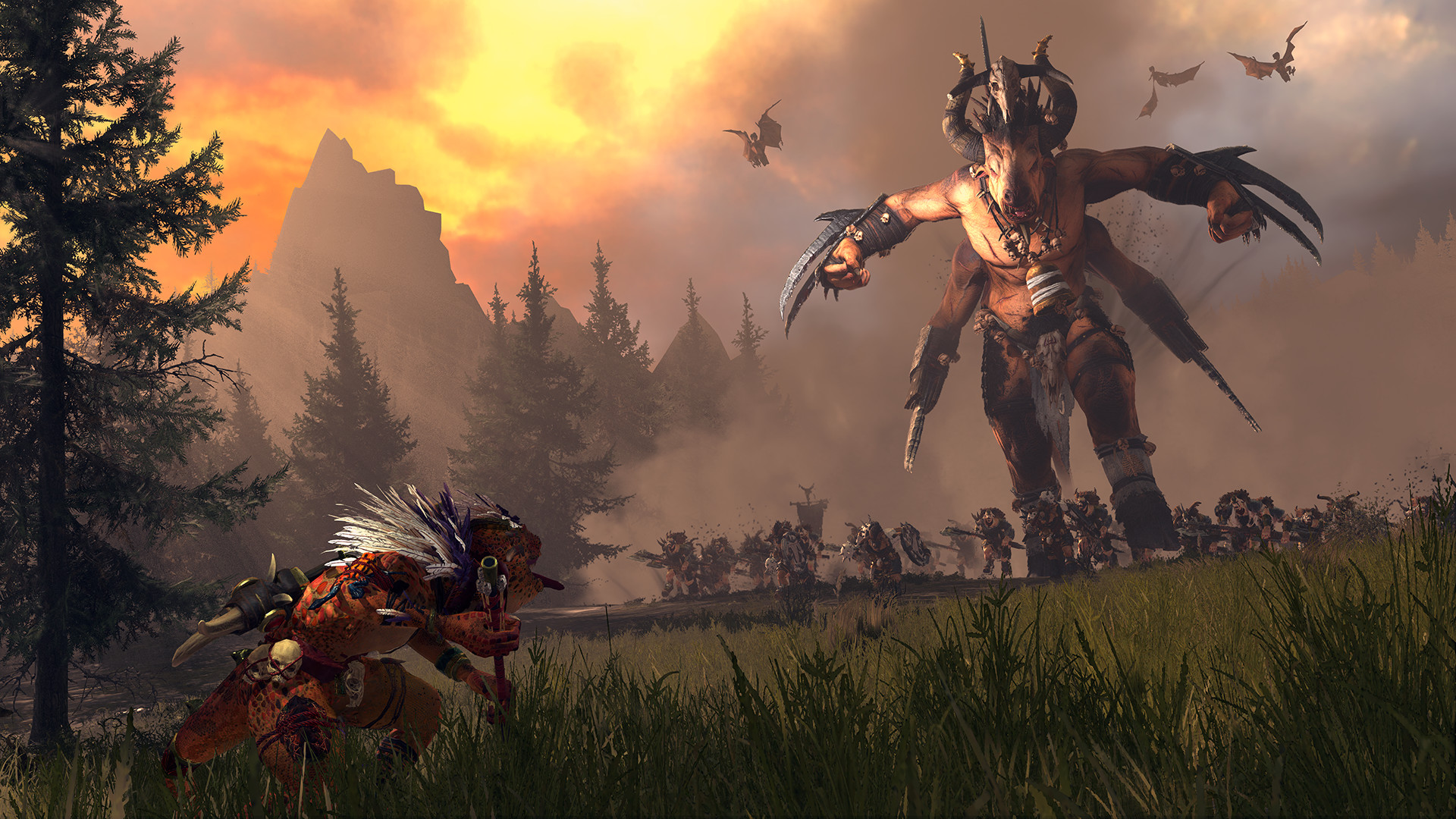 NOTICE:  thank you for visiting our website, don’t forget to support game developers by buying original games on Steam or other platforms so that you get the latest updates from games Total War WARHAMMER II The Silence and The Fury-EMPRESS , and dont forget to click CTRL+D to Bookmark website to get latest cracked game.