Argana, 2036. Welcome to the sprawling landscapes and punishing heat of the fictional Sefrou-Ramal province. Conflicts between rival tribes are flaring up, government forces are losing control, and an AAN war correspondent has been kidnapped. Civil war looms once again.

Become a private military contractor and be deployed to the desert dunes of Argana. This new addition to Arma 3 takes you to a hot conflict zone, brings back Arma’s iconic ION PMC faction, and introduces new vehicle variants, weapons, clothing, gear, as well as singleplayer and multiplayer scenarios.

Arma 3 Creator DLC: Western Sahara is optional to install and load. To play Arma 3 with this DLC enabled, please visit the DLC section in the Arma 3 Launcher, make sure Western Sahara is owned and loaded, then launch the game by clicking the PLAY button.

Located in the northeast of Argana, the mineral rich province of Sefrou-Ramal has been a hotspot of unrest for many years due to rival tribes, underfunded peacekeeping forces, and a foreign military presence. Characterized by flowing sand dunes and desert architecture, this 100km² terrain is composed of completely new assets, as well as upgraded structures and objects from Arma 2 and Arma 3, making it as beautiful as it is mesmerizing.

To accompany these new factions, a wide number of headgear, uniform, and combat fatigue variants, as well as new civilian clothes has been added, and will allow you to blend in perfectly with the hot and dusty environment.

Repel enemy forces with the powerful Israeli IMIL GALAT automatic rifle and its modernized South African licensed variant, the Velko R4. Pick up the battle-tested Belgian SLR rifle and the modern XMS bullpup rifle in all of its model and texture variants. And don’t forget the exceptionally remastered Arma 2 asset, the ZU-23 anti-air gun.

New and impressive variants of existing Arma 3 vehicles make their way into the Western Sahara: The Marshall lineup has been expanded by a Command Vehicle, 60mm Mortar, and an Anti-Tank Guided Missiles setup. The classic Zamak rolls through the blistering terrain in a new flatbed, cargo, and anti-air variant. The Offroad comes equipped with a desert- and makeshift armor-kit, and the Russian PO-30 Orca helicopter has been outfitted with modern, lightweight armor plates against incoming small arms fire.

Western Sahara features a selection of new gear that includes a gun drone with a modular weapon attachment system, a portable ballistic shield which can be easily deployed whenever necessary, and a variety of masks like dust goggles, a military-style headset, a ballistic mask, and more.

AAN war correspondent Michael Sully has been kidnapped by insurgents and is believed to be held captive somewhere in Sefrou-Ramal. Your mission as an ION operator is to search for intel and clues and bring him back to safety. This brand new open-world scenario developed exclusively for the Western Sahara Creator DLC offers dynamically randomized contracts during the day and night and can be played in both singleplayer and multiplayer co-op with up to 4 players.

Multiplayer Mode: “King of the Dunes”

An original spin by developer Rotators Collective on the popular community-made sector control multiplayer game mode “King of the Hill” by Sa-Matra.

Defend against waves of enemies and fight for your life against overwhelming odds in this new co-op game mode. Conserve your ammo and pick your targets carefully while working closely with a team of up to 4 people.

Use the ION Weapon Systems VR training environment to test gear in various scenarios and prepare ION operatives for deployment.

Going crazy from the heat? Need to blow off some steam? Then get your motor running and race across the Sefrawi sand dunes in the Vrana-Redstone Dune Rally.

People who do not own the Western Sahara DLC are able to download and install the DLC’s optional data via the Arma 3 Steam Workshop:

https://steamcommunity.com/sharedfiles/filedetails/?id=2636962953
Subscribing to this Workshop item makes it possible for potential buyers to try out many of the DLC’s assets prior to purchasing. It also enables non-owners to join multiplayer servers that make use of DLC content. Be aware that access to the DLC’s terrain and campaign remains exclusive to owners of the DLC. Restrictions to the use of non-owned content also apply.

This DLC is published by Bohemia Interactive and developed by the Rotators Collective – a small group of like-minded developers loosely assembled from all around Europe with over 10 years of experience in making mods for a wide variety of games, including the top-rated Arma 3 mini-campaigns Callsign Minotaur and Dunes. The Western Sahara DLC has been specifically designed to expand on Arma 3’s 2035 near-future setting.

NOTICE: This game Arma 3 Western Sahara-CODEX is already pre-installed for you, meaning you don’t have to install it. If you get any missing dll errors, make sure to look for a _Redist or _CommonRedist folder and install directx, vcredist and all other programs in that folder. You need these programs for the game to run. Game steam Full cracked and unlocked at Sunday, 21 November 2021 06:07:23 PM and published by skidrowcodexgame.com. Also, be sure to right click the exe and always select “Run as administrator” if you’re having problems saving the game. Always disable your anti virus before extracting the game to prevent it from deleting the crack files. If you need additional help, click contact us

NOTICE:
Before downloading the game, you should see the system requirements of the Arma 3 Western Sahara-CODEX codex game steam crack, do your computer specifications meet the minimum requirements to be able to play this game or not..? 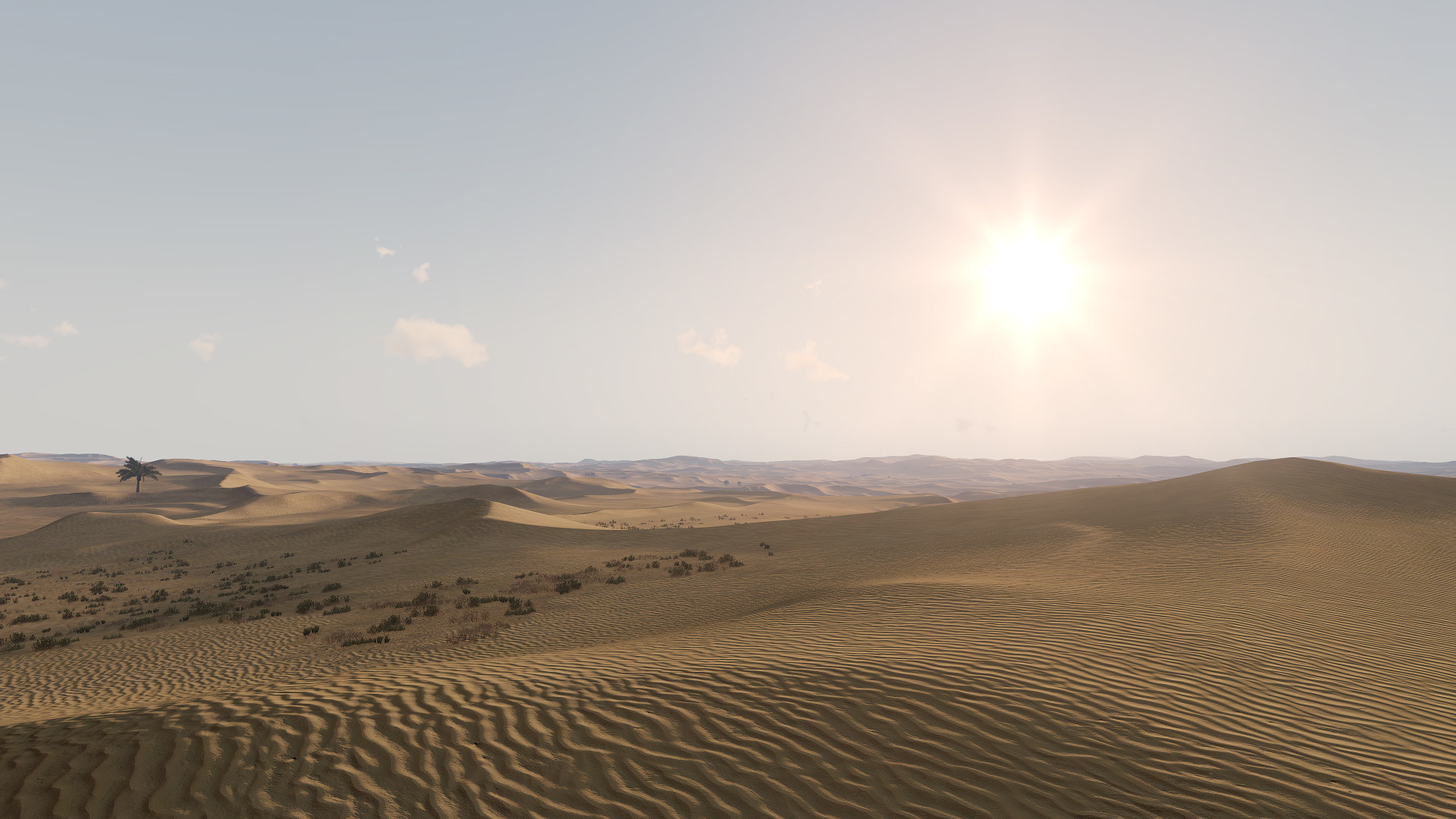 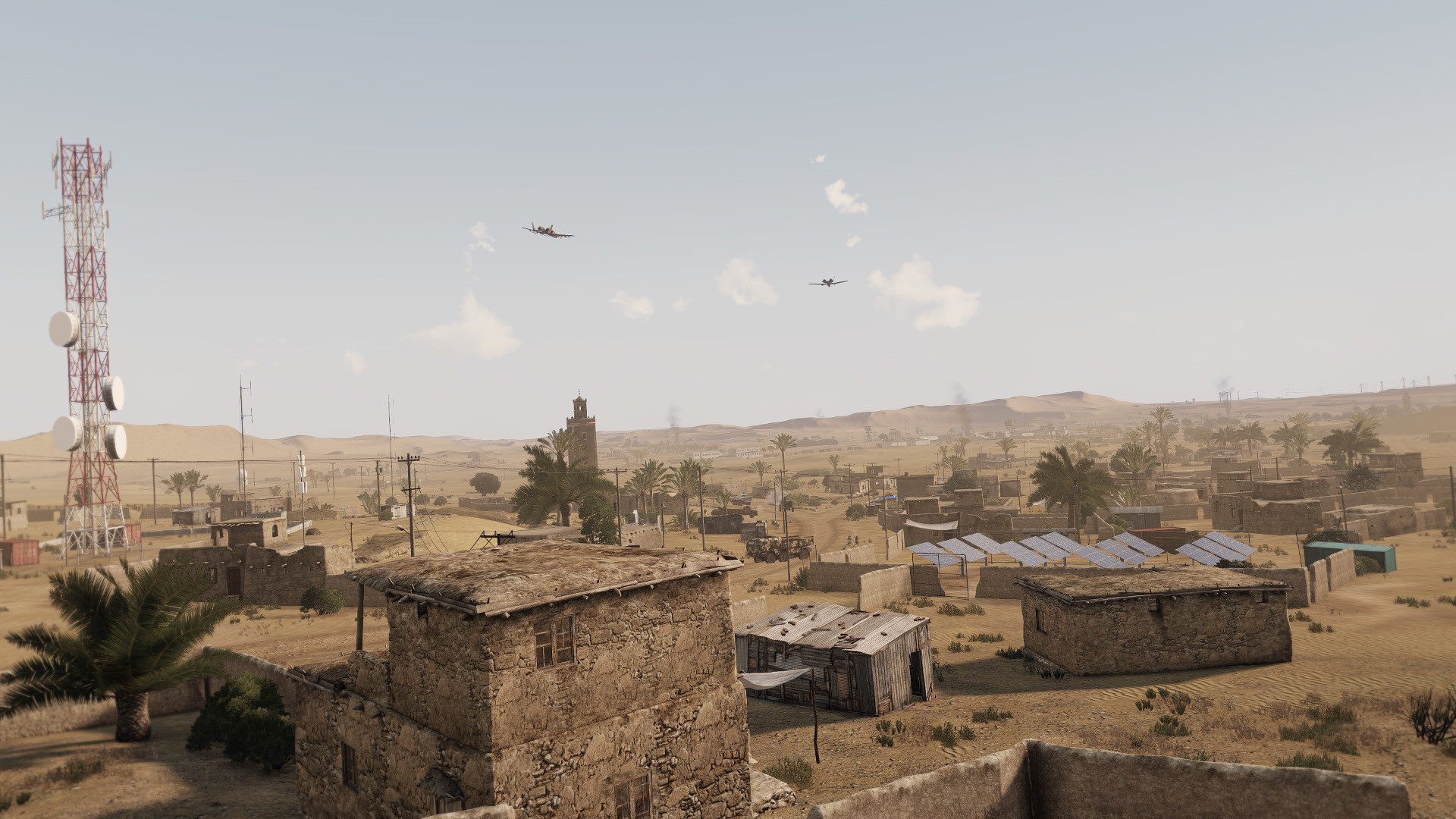 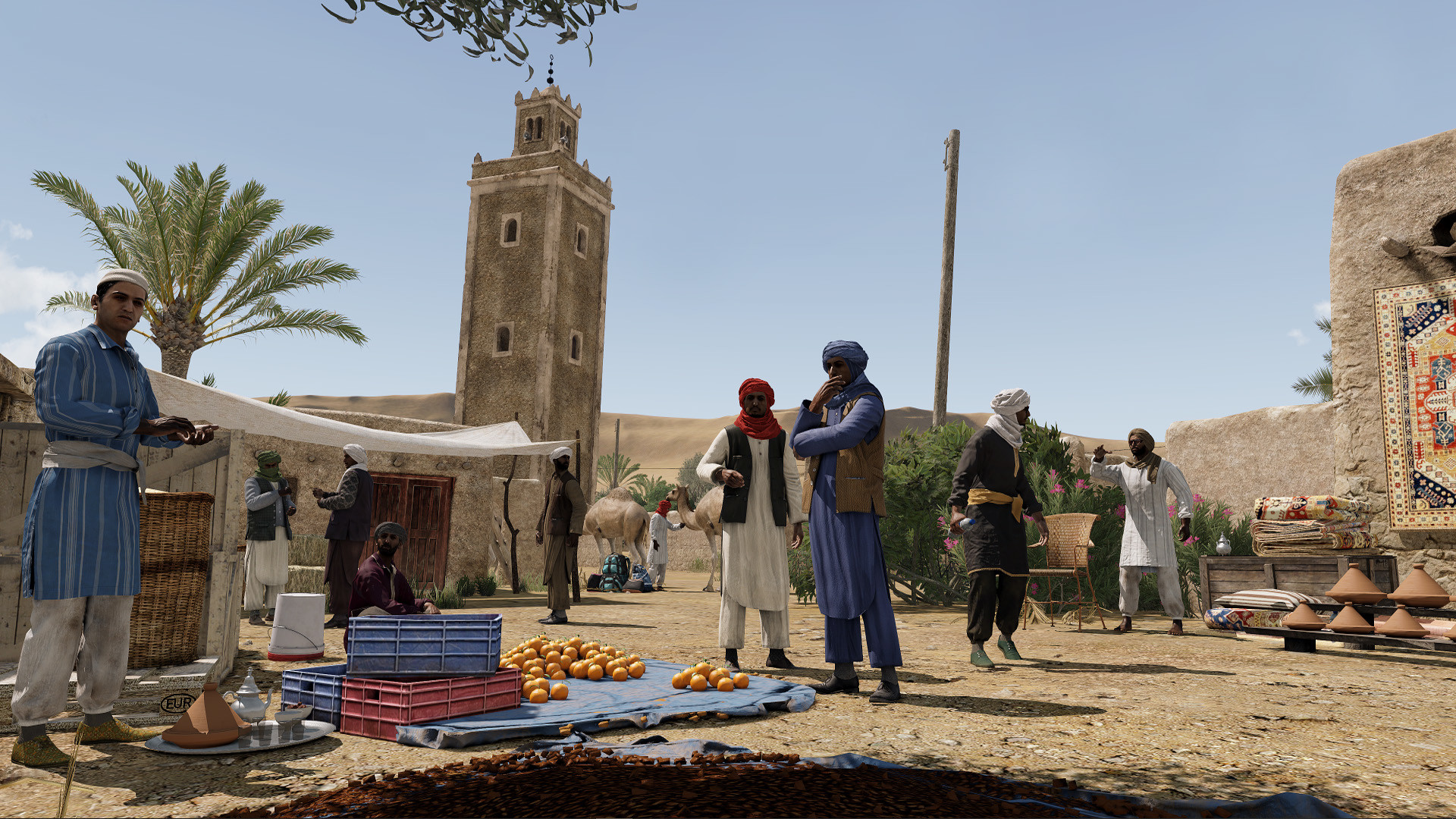 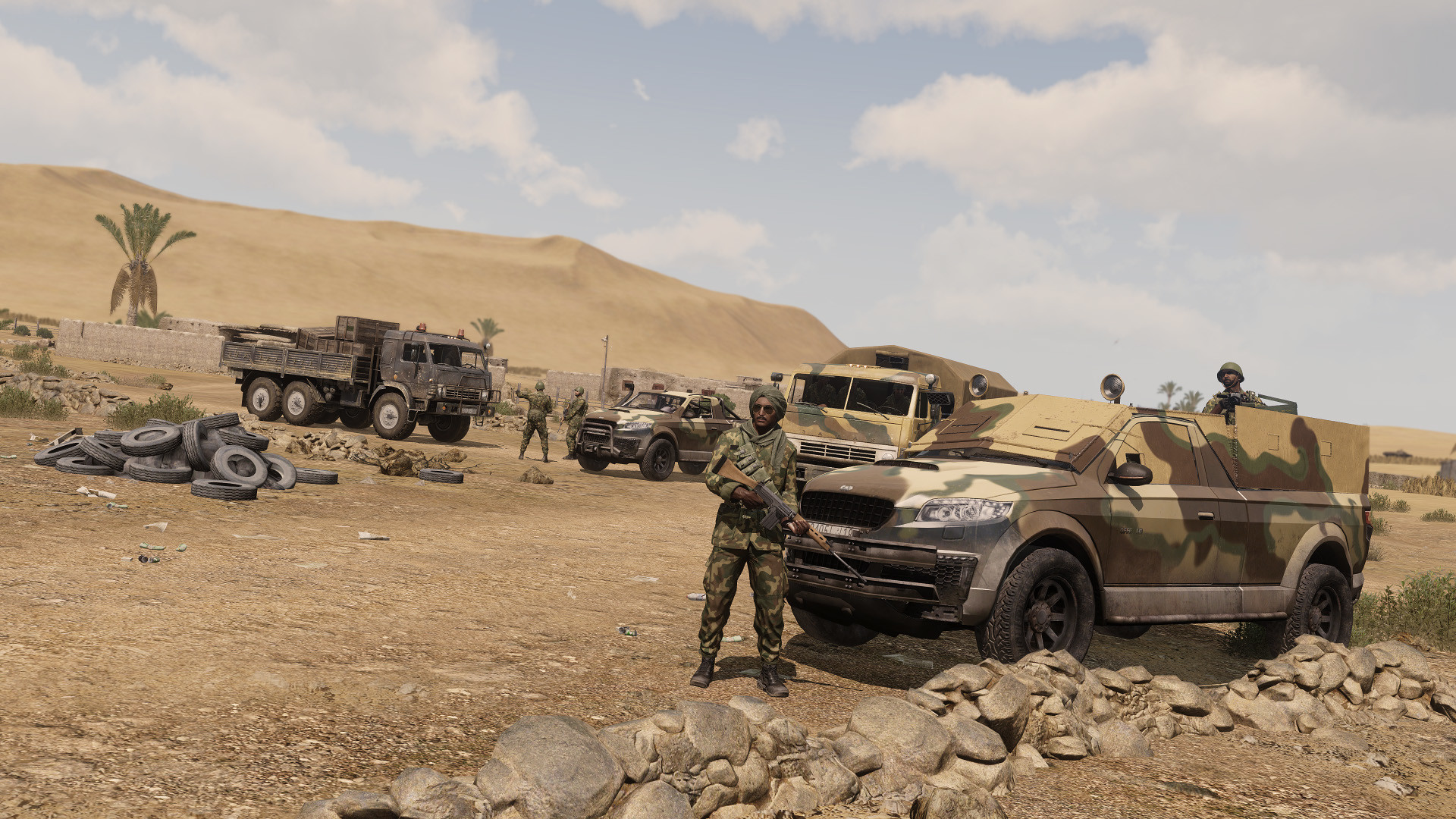 NOTICE:  thank you for visiting our website, don’t forget to support game developers by buying original games on Steam or other platforms so that you get the latest updates from games Arma 3 Western Sahara-CODEX , and dont forget to click CTRL+D to Bookmark website to get latest cracked game.